"Waterloo, Quelle Affaire" by River Horse games has been on my table this week. 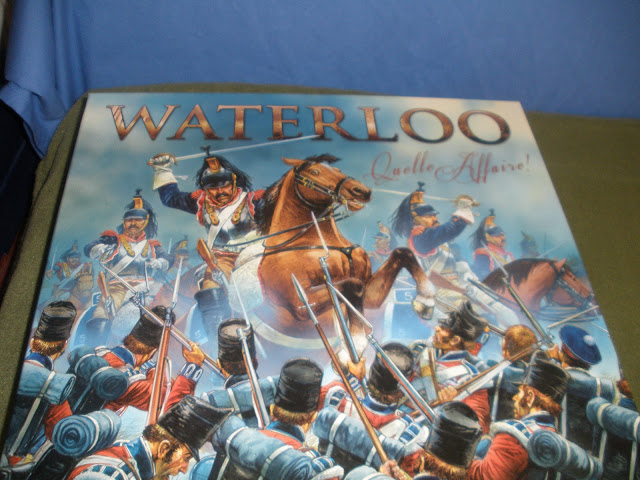 Designed by Alessio Cavatore it is a right good game and I have played it twice this week. 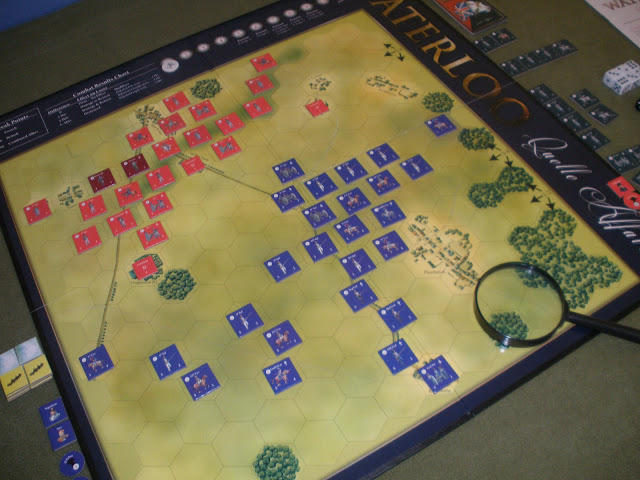 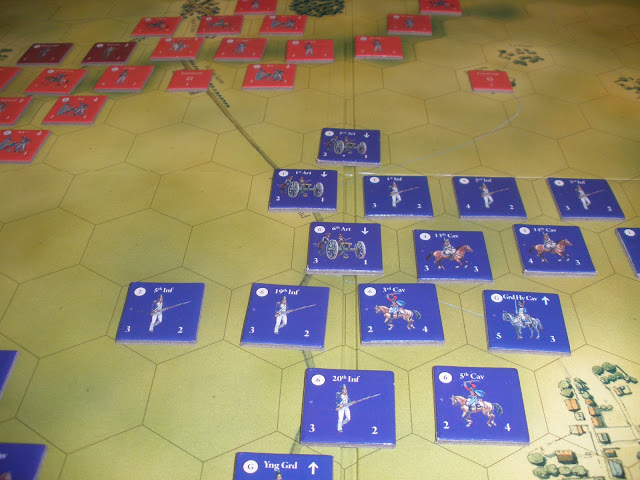 The only problem with the game is the tiny writing and numbers on the nice big one inch counters. I have had to resort to a magnifying glass mainly during set up because the French set up guide in particular is very hard to see.

I intend to get some of those little sticky paper dots and write the numbers on them to make them more readable.

Here are a few photos of a game... 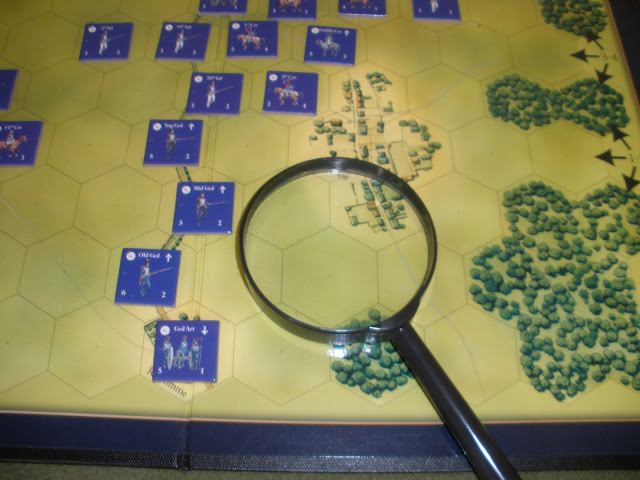 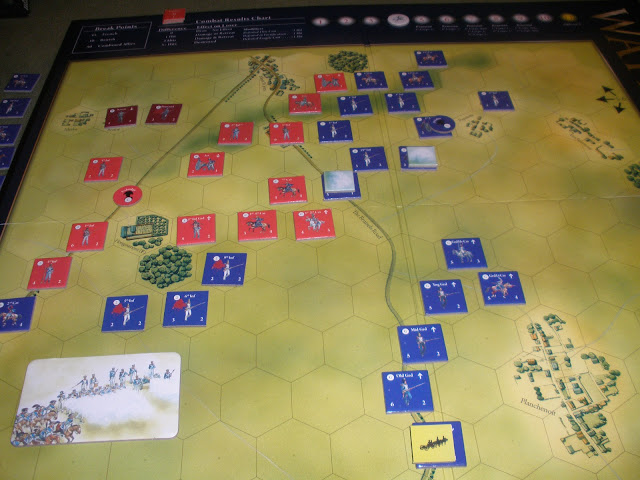 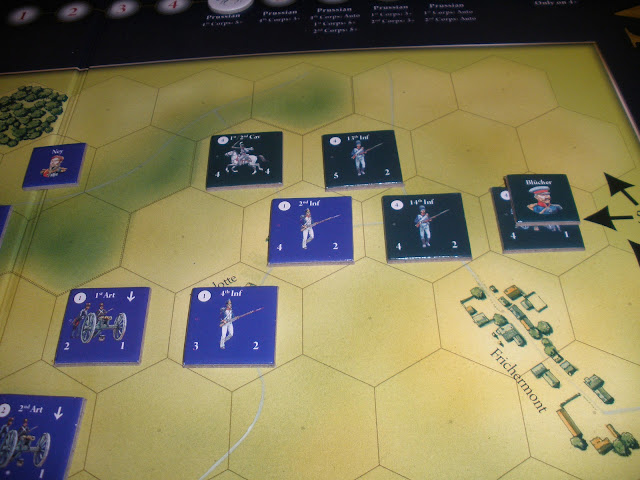 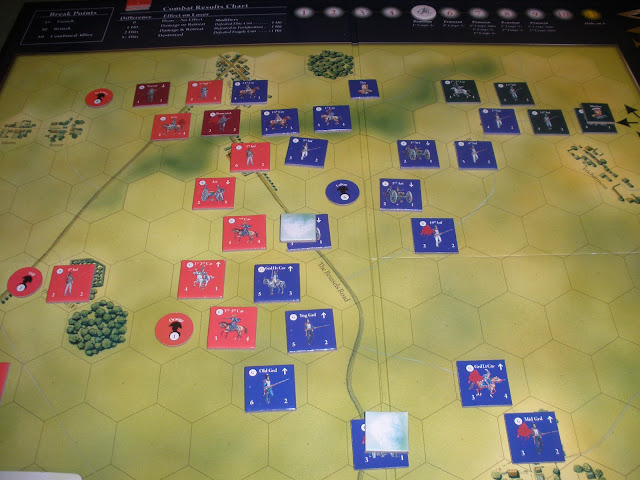 The Anglo-Dutch hang on and the French are sandwiched between them and the Prussians. Napoleon is defeated. 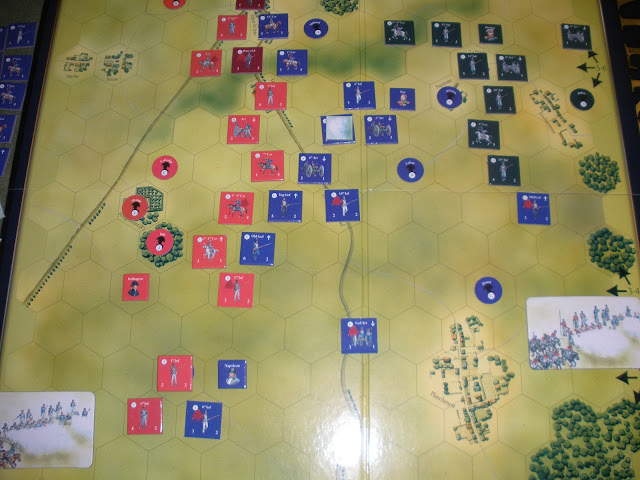 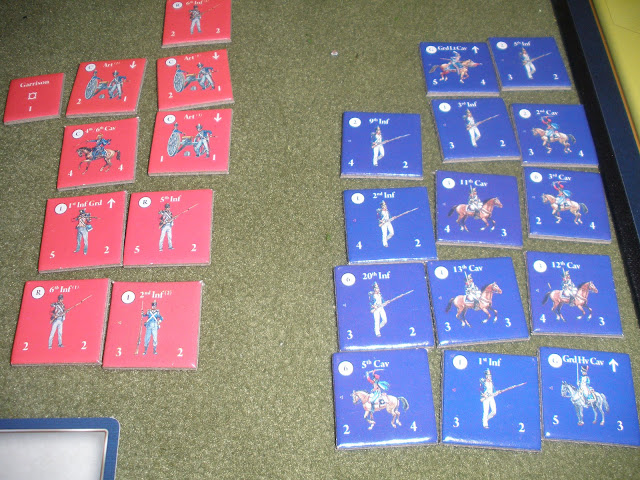 Great stuff, for a good review of the game Norm Smith have a look here link
Posted by Paul Liddle at 05:11