After being repulsed by the Soviet VDV the USMC sent a platoon of their new M1A1 Abrams tanks to help the remaining Marines to take the bridge.

Moving up through the village. 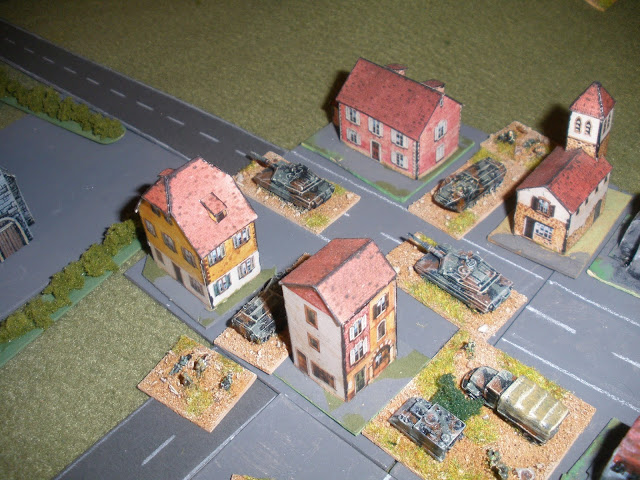 Another brace of tanks await the order to attack. 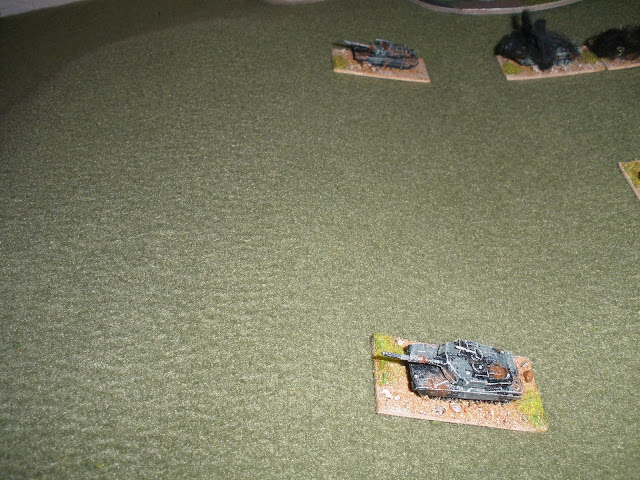 And the Marines prepare to advance up the right flank. 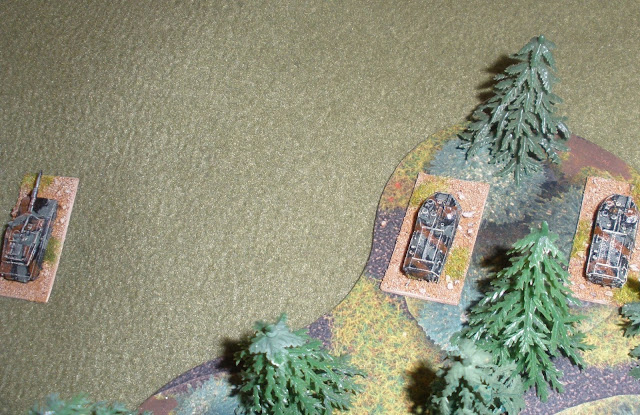 The Soviets took the pause as a chance to redeploy. 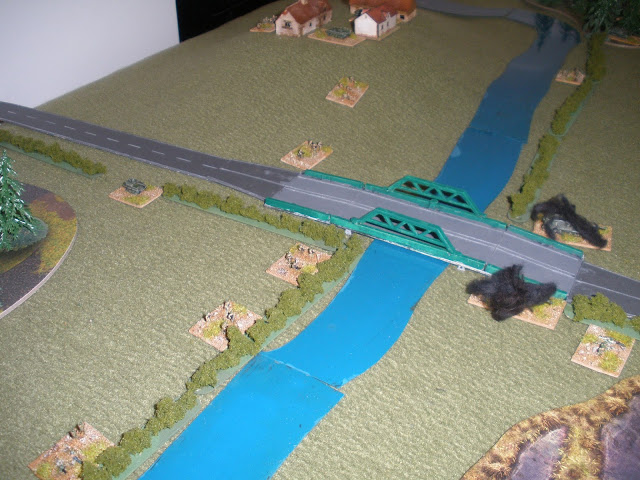 After a preparatory bombardment the Abrams move out. However the Soviets manage to rally from the fire quickly. 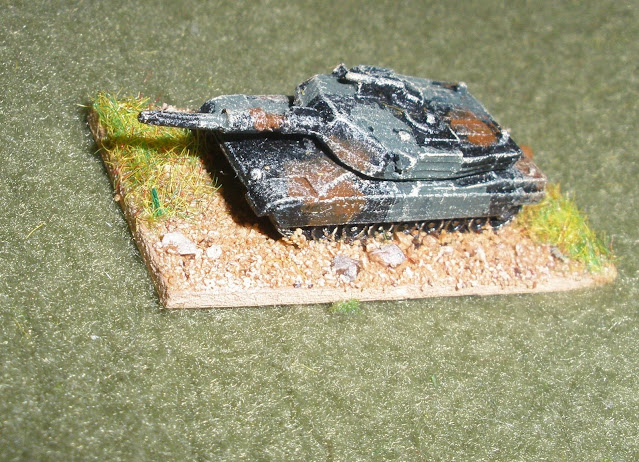 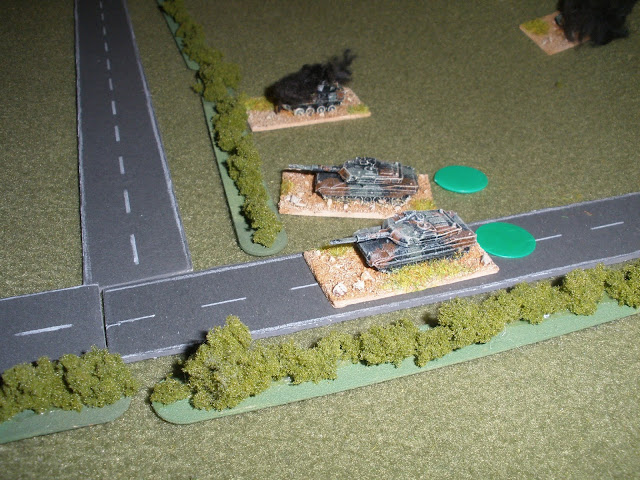 The Marine carriers dash to cover. 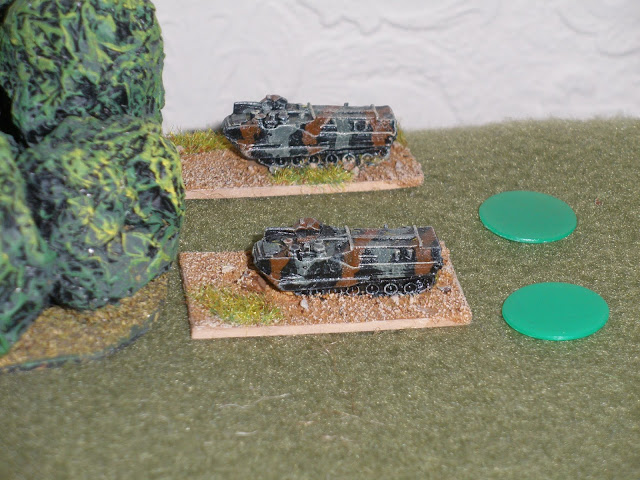 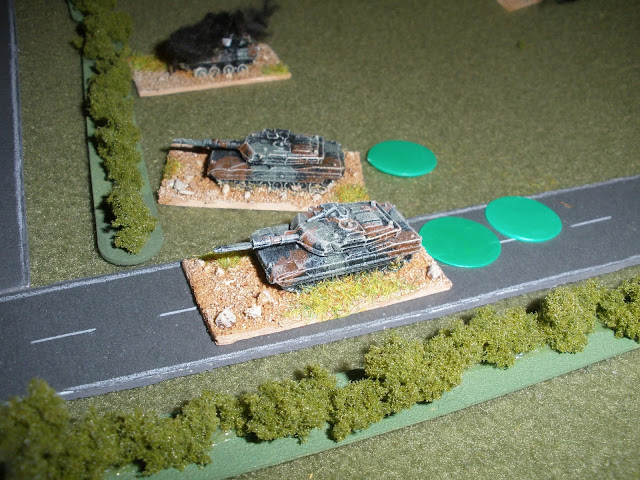 And takes out a BMD, the explosion causes nearby units to keep their heads down. 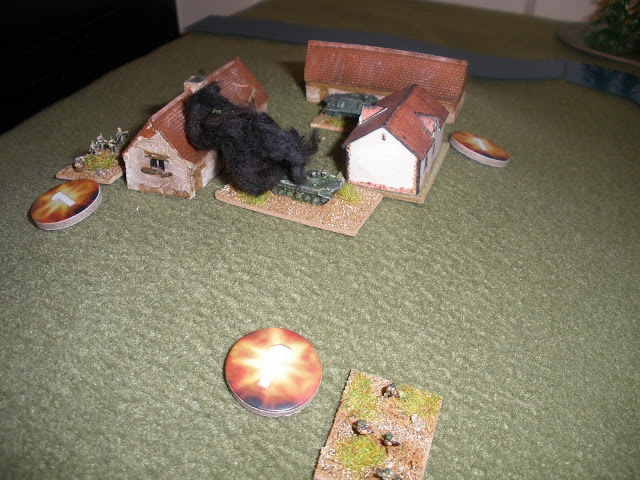 The other M1 takes aim at another target. 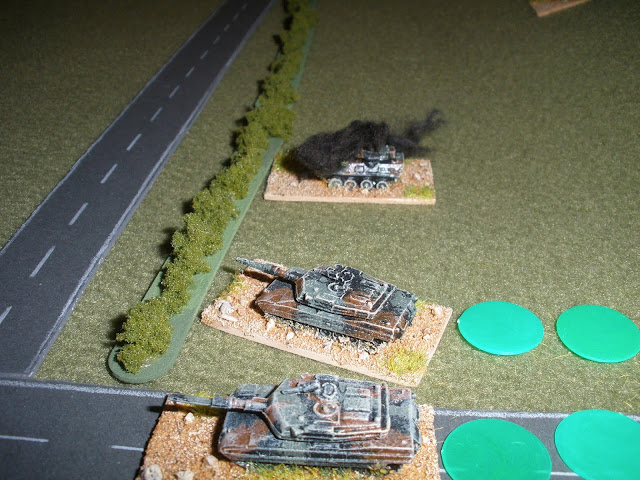 The ASU-85 crew fail to react and the vehicle is destroyed. 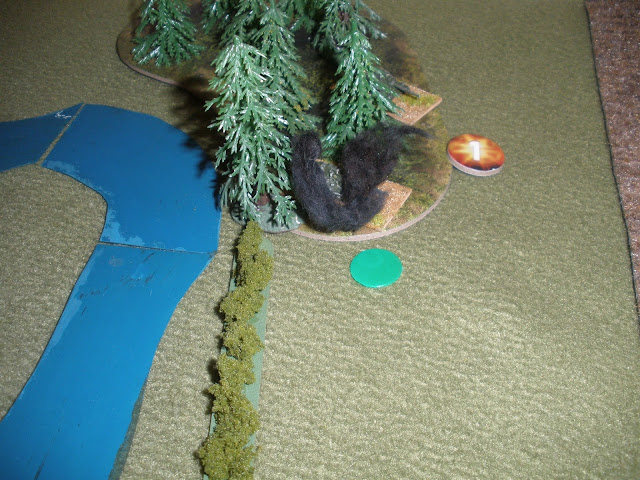 A "Hind" helicopter gunship arrives to shoot at the Abrams. 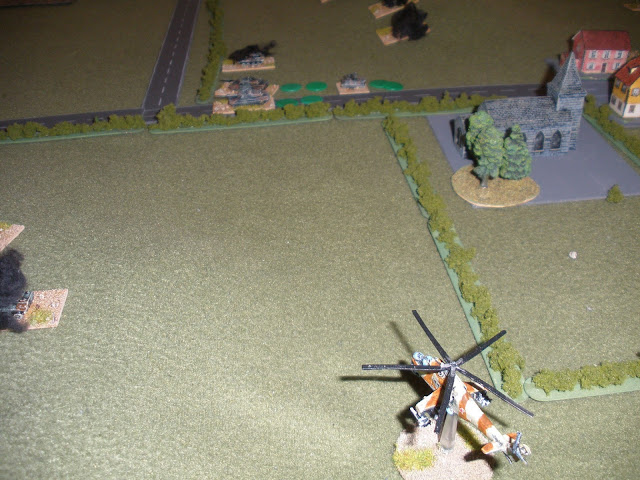 But only causes the crew to duck. 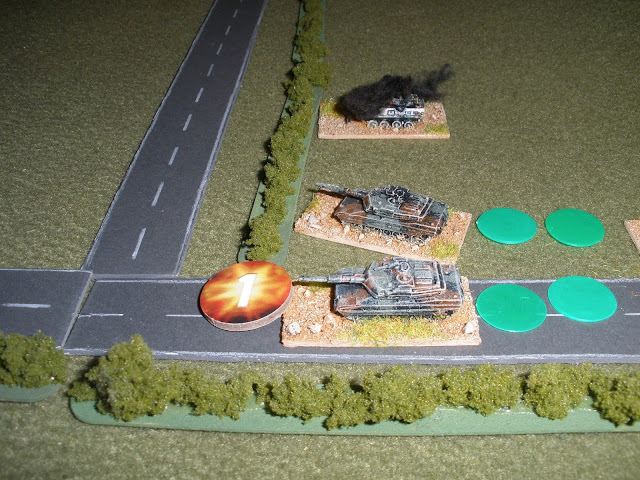 Another Hind pops up. 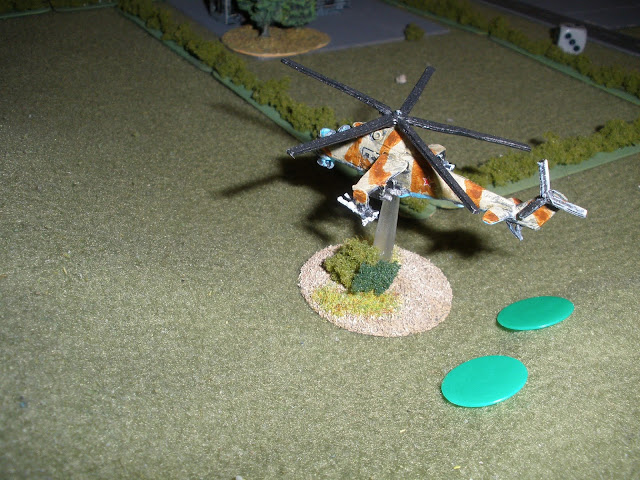 And manages to destroy the M163 anti aircraft vehicle. 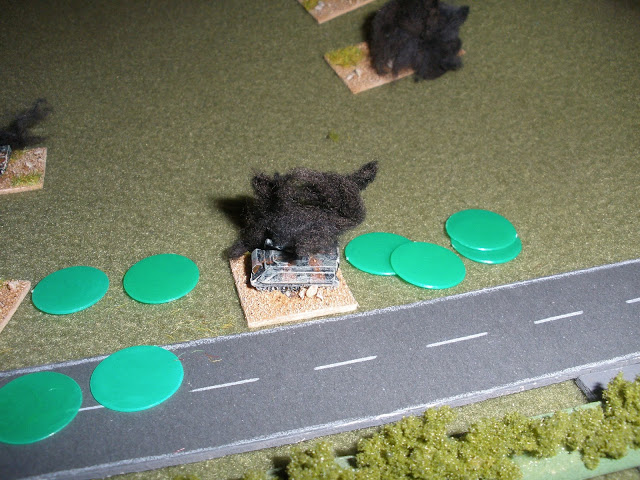 The other M163 moves to protect the tanks but suddenly explodes. 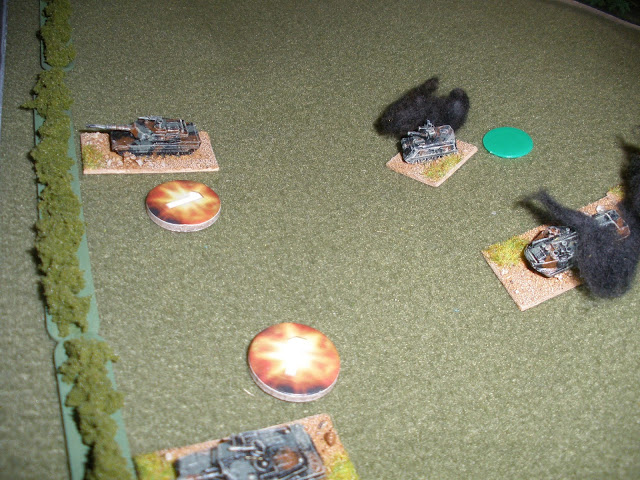 As an ASU-85 reacts to the movement and shoots. 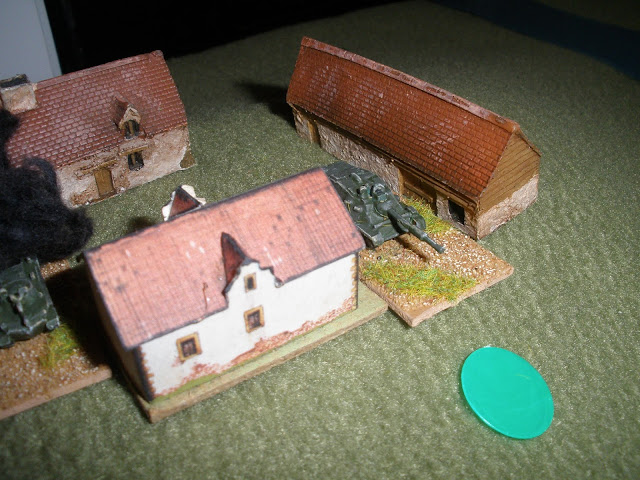 A VDV squad advance to engage an M1 but are coming off worse when the M1 blows up... 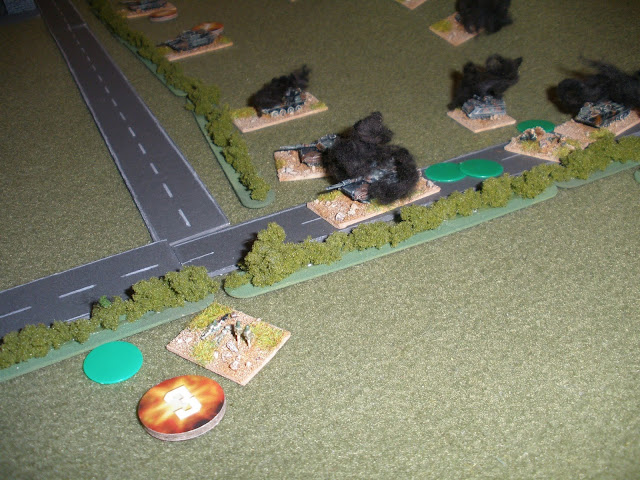 The culprit is another Soviet Hind gunship. The Marines had some success when they destroyed a hind with a Stinger!. 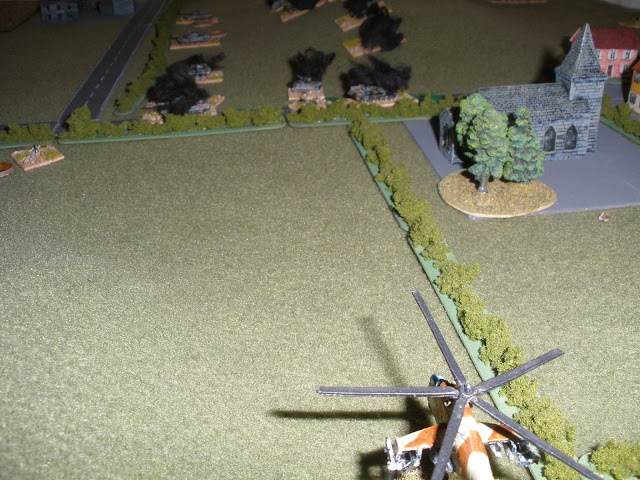 Things have gone a bit awry for the Marines so they make a bold move by storming forward over the bridge. 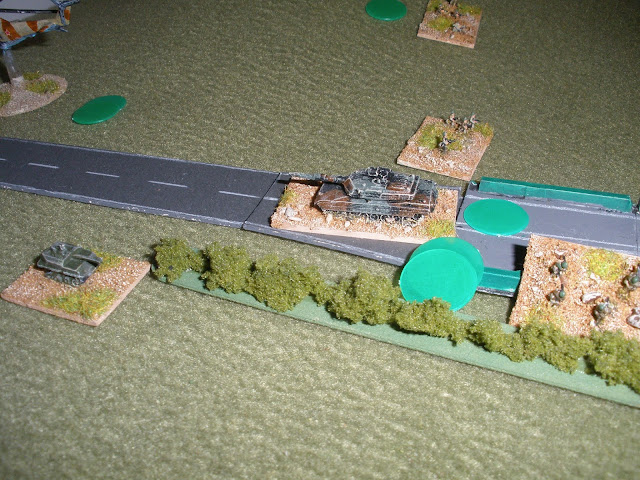 They destroy the Soviet command vehicle and engage the infantry. 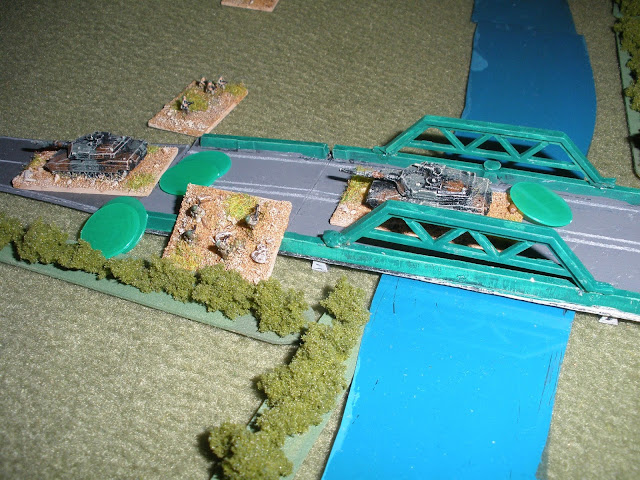 Another Hind takes out the lead tank. 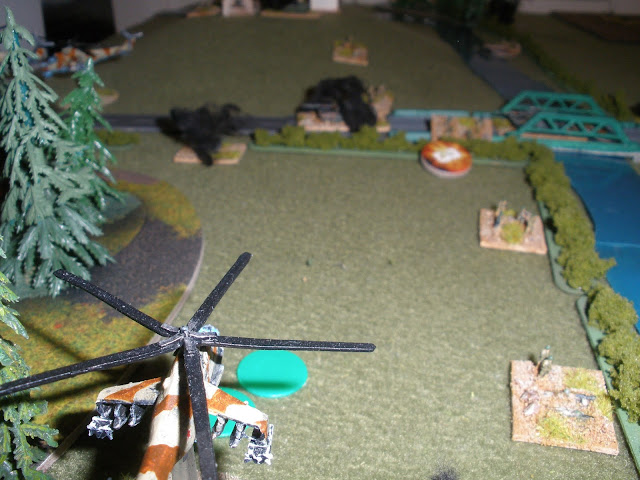 The second tank onto the bridge gets into a fierce battle with the paratroopers, RPGs and ATGMs from the helicopters fail repeatedly to defeat the M1. 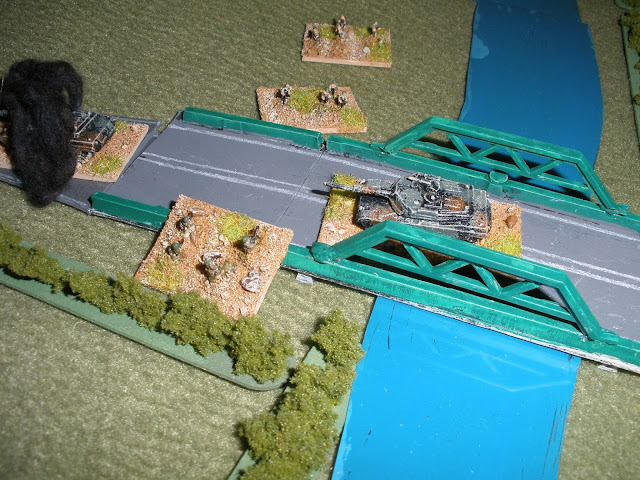 A Marine APC comes racing up the road only to be destroyed by another Hind. 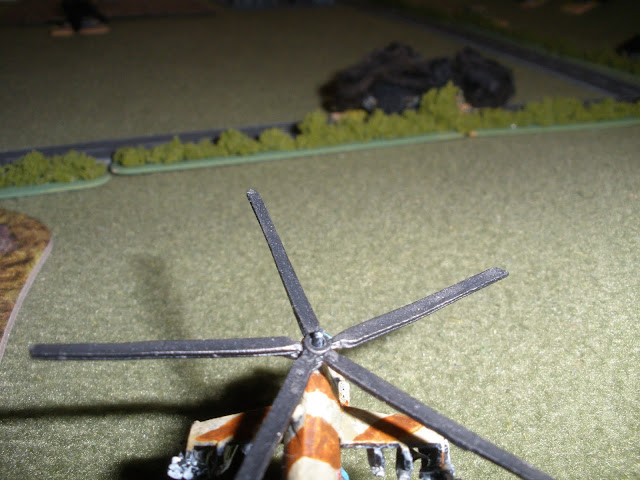 At about this point I ran out of camera space, a real slog took place around the bridge between the tank supported by a squad of Marines and the Soviet infantry, helicopters and an ASU.
There was even a failed Soviet airstrike, as the marines held on to the bridge.
Eventually though the tank was destroyed by a helicopter. I uploaded the camera and took some pics after the game. 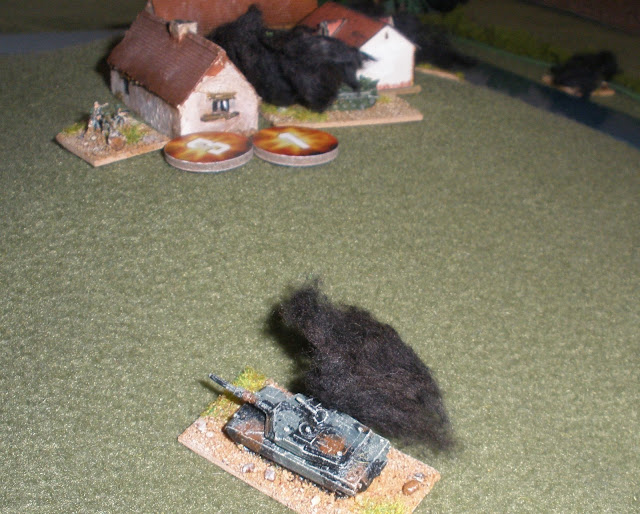 USMC taking on all comers. 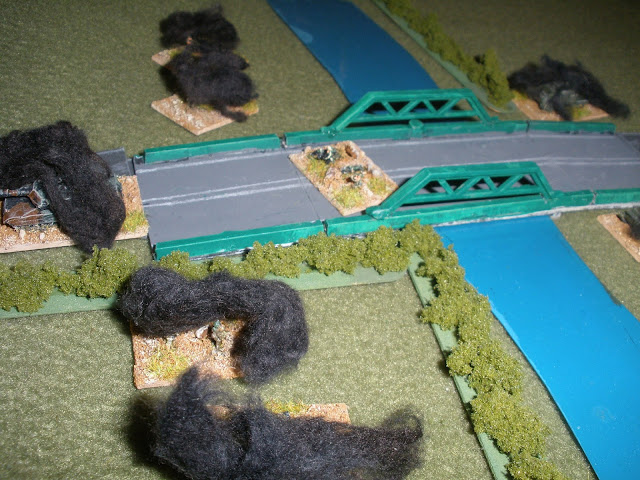 The Marines amidst all the carnage still holding the bridge. Semper Fi. 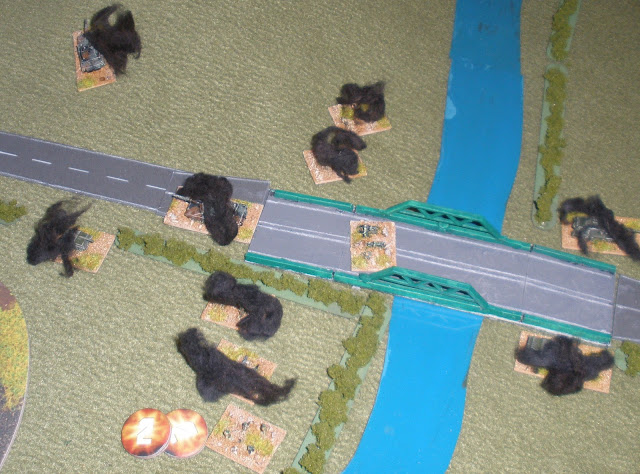 Technically the USMC had reached their break point but their magnificent defence of the bridge gives them victory in this battle.

Another cracking game with Seven Days to the River Rhine.